This past year (2016) I turned 50 and it is only slightly amazing how many other things turned 50 too.  Who knew? I am guessing this happens to other people, but it seemed there were a few significant things. Well, at least significant to me anyway.

Every year I know how old I will be because I am the same age at the Super Bowl. Thank you January or February – which ever month the Super Bowl falls into. This does not make lots of sense because the first super bowl was in 1967, but just wait to see what they are saying about the 2017 Super Bowl  – it will be number 51 – LI in Roman numerals. I keep telling the Boy that is how to know how old I am. It works. Though he does flatter me and make my age way less than it is – it is trick, I know. But it is nice nonetheless.

A couple of Christmas traditions were also first aired in 1966 – The Grinch – which I watch religiously for Max the Dog.

Then there is A Charlie Brown Christmas which I watch because this cartoon, along with the Grinch, had a real grasp on commercialism – in 1966. What does that tell you? 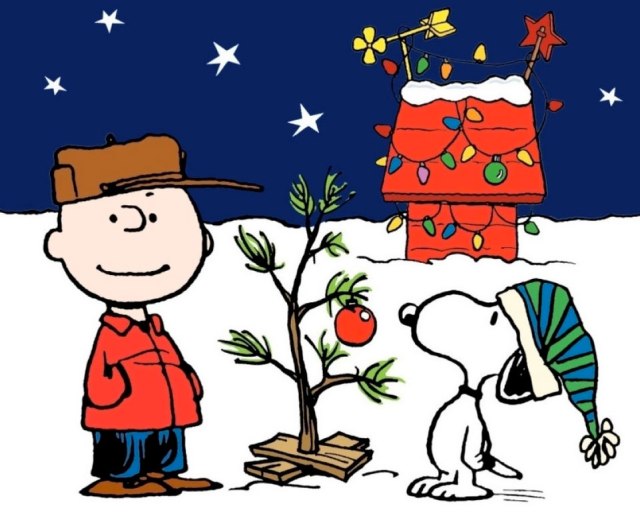 I respect the tree. Snoopy, well …

Star Trek started in 1966. I only saw this show in reruns and even then was not interested. But hey we are talking about William Shattner after all. He is pretty cool – but you only learn to appreciate it when you are older – like me, crap. Ugh.

Apparently, Batman, the TV show, started in 1966 – another rerun for me. And honestly, not a great show, excepting when Ertha Kitt was on as Cat Woman – Loved that voice even as a kid. Shows that I have taste in even cheesy shows.

I guess the best thing about getting older means you are not dead. I will take older, thank you very much.